Perth retail strips holding their own in COVID-19 world 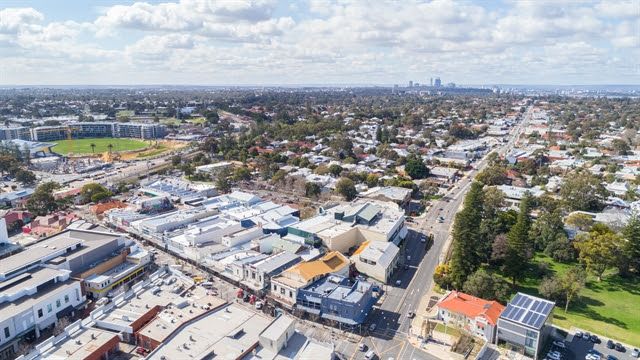 WHILE the onset of COVID-19 hampered not only the domestic but international economy, it has been clear that Western Australia has led the way in regard to remerging post-COVID-19, according to Ray White’s latest Between the Lines* commercial research.

“For the commercial property market, a decrease in occupation and demise of some businesses has seen vacancy levels increase like all other states. However, the ability to rebound has been outstanding,” said Ray White Commercial Head of Research Vanessa Rader.

“This year our analysis of vacancies is particularly telling, this being our fourth year of our survey showing the direct impacts of COVID-19 on vacancy and tenancy mix compared to last year, as well as changes over this time frame.”

“Seeming undeterred by COVID-19, compared to last year’s result the strip has taken up two vacant shops, now leaving three unoccupied that represents a vacancy of just 4.46 per cent.

“This strip, which is known for its fashion, has been able to keep shops open with many local retailers still able to operate during lockdowns and reporting good results online this year.

Mr Wilkins said that this year, the Napoleon Street retail strip in Cottesloe had recorded the lowest vacancy of the surveyed areas.

“With just 2.41 per cent vacancy, this is represented by just one shop, after a 100 per cent occupation period in our last survey,” he said.

“While this is a fantastic result, it bucks the trend in many ways regarding the way in which consumers are interacting with retail stores.

“With a strong population base here, Rokeby Road is expected to perform better by the general marketplace.

“Anticipated new developments including the under-construction residential development ‘ONE Subiaco’ by Blackburne, as well as the future development of Subiaco East around the football oval and PMH may cause some short-term disruption to the strip, however will reinject vibrancy to this location.

“Encouragingly though, vacancies have had minimal change due to COVID-19, recording vacancy of 14.99 per cent this period – up just 25 basis points on last year’s results.

“Our survey of Oxford Street in Leederville has yielded the most stand-out results this year. A market that boasted a zero-vacancy rate back in 2017 has grown year-on-year and has fallen victim to the lockdowns of COVID-19 this year.

“Vacancy has peaked at 14.63 per cent, which is a high level for this small retail strip of just 47 shop fronts, 10 of which are now unoccupied.”

“This year is no different with vacancy recorded at 15.41 per cent. However, this is down on last year’s peak result of 16.79 per cent,” he said.

“There continues to be churn in this market with continued movement out of clothing and soft goods, and growth in the services sector.

“This is a more traditional trend we’ve been seeing in retailing across the country – albeit in contrast to some Perth retail strips we have monitored.”