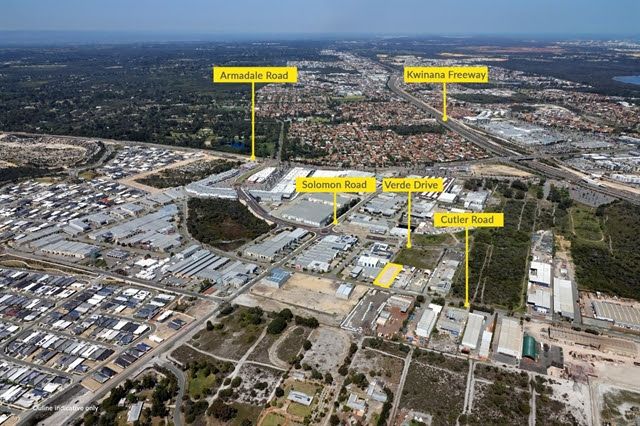 THE Perth Korean Presbyterian Church has snapped up a vacant Jandakot land/development site for $992,500 at 67 Cutler Road.

The asset, that came with 2,651sq m* of land area, was the only parcel of development land in the area that was suitable to build a church.

The site was marketed and sold by Ray White Commercial (WA) Principal and Director Russ Parham and Sales and Leasing Agent Enrique Reyes.

Mr Reyes said the sale to a church was reflective of how the area was now attracting alternative uses to the usual industrial development.

“This vacant parcel of land is in a tightly-held industrial area in the Southern Corridor that’s seen a lot of development, especially close to the Kwinana Freeway,” he said.

“The tenant has been looking for a long time for a property suitable for a place of worship and had considered a number of different options.

“The challenge for church groups is to find a property with zoning that allows for it and is large enough for the car parking requirements of the congregation.

“Most developed properties, even if it has the possible zoning approval, would struggle to get enough car bays. As such, building their own was the best alternative.

“67 Cutler Road presented the right size for their congregation to allow for enough car parking onsite.

“As an agency, we’ve received numerous enquiries from different church groups in the last 12 months alone. Some are relatively large groups with up to 300 members and some are as small as 40 members only.

“We’ve had significant discussions with these different groups and have now gained a very good appreciation of what works in being able to secure properties that can be converted to a place of worship.”