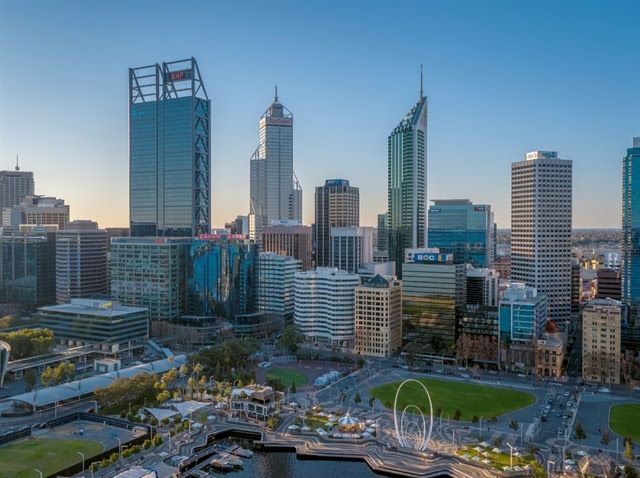 THE Perth office markets were gaining momentum despite little improvement in Western Australia’s employment and population situation, according to Ray White’s latest Between the Lines* commercial research.

The report stated that, after several years of reduced sentiment and pressure on the office markets, Perth had started its recovery mode.

“Owners are looking to upgrade their assets and, in some cases, fit out or offer reduced leasing terms to attract the growing number of tenants looking for office space.

“The CBD has shown this rebound by recording a seven-year high level of net absorption, and while West Perth may have been adversely impacted, it highlights the growing pool of demand and attraction to quality assets.

“This turnaround in sentiment and activity is in its infancy and capitalising on the affordability on offer will likely see continued improvements across all Perth office markets over the next couple of years.

“It’s certainly encouraging signs for the Perth CBD market this period, with an increase in demand higher than other CBDs across the country, bringing vacancies down.

“The key will be this continued absorption of space to bring vacancies back down to a more normalized level and spread demand back across the West Perth and suburban markets.”

Ray White Head of Research Vanessa Rader said while sentiment and momentum were with the Western Australia economy, the overall vacancy situation for the Perth CBD and West Perth office markets was poor.

“In contrast, Melbourne and Sydney CBD continue their amazing run of record low vacancies recorded at 3.2 per cent and 3.9 per cent respectively, as at January 2020.

“The Brisbane CBD market, which has historically been compared to Perth due to its heavy mining and agricultural demand, has increased its vacancy position to 12.7 per cent.

“For the non-CBD markets, West Perth with a vacancy of 17.5 per cent is the poorest performing market in the country, followed by the Sunshine Coast (16.7 per cent) and Adelaide Fringe (14.7 per cent), albeit these markets are much smaller in size.

“Suburban markets in Sydney and Melbourne continue the trend of high-performance with East Melbourne (2.4 per cent) and Parramatta (3.2 per cent) recording the lowest on record.”

Mr Norman said that despite this, the high level of vacancies in the Perth markets and the take-up of office stock had certainly turned a corner for Western Australia.

“The Perth CBD market outperformed this year, despite the headline vacancy rate being recorded as one of the highest in the country. The take-up of stock is well ahead of any other Australian CBD location,” he said.

“The strong demand for stock has seen annual absorption rates at their highest rate since January 2013 where vacancy was just 5.7 per cent.

“Looking at CBD locations, Perth CBD has achieved the highest rate of absorption of any other market, with the high-performing markets of Sydney and Melbourne CBD both recording negative results for take-up of stock in 2019.

“Perth CBD has recorded 32,738sq m of absorption for the six months to January 2020, bringing the annual result to 48,661sq m, the next closest result being Brisbane CBD which achieved 32,528sq m in change in occupied stock.

“Across the total office markets recorded, Perth CBD has come second to Parramatta (non-CBD market), which achieved take-up of 47,201sq m in the six months or 46,523sq m behind the Perth CBD.

“With a market which is demonstrating a greater supply than withdrawal rate, Perth CBD has certaintly proven its growing momentum and upward trajectory regarding demand for stock.

“Looking at West Perth, this market has been hampered by the relocation of businesses into the Perth CBD. Take-up of -4,625sq m was recorded in the six months to January 2020 or -11,913sq m for the 12-month period.

“This highlights the flight to quality in Perth and the demand by tenants to secure quality assets with good transportation links.

“Property Council of Australia has monitored the East Perth market, while this does include the eastern portion of the CBD, it highlights this 336,236sq m office market to be the poorest occupied of the Perth markets.

“Currently recording a total vacancy of 21.8 per cent, attracting and retaining tenancies in this location has been difficult.

“Considering the other many suburban markets across Perth, their occupancy levels have suffered as competition from the CBD has pushed up vacancies, and put downward pressure on rents.”