A prime corner property billed as the best development site in the Perth suburb of Scarborough is for sale.

Agent Brett Wilkins says there are also options to purchase just 1000sqm at West Coast Highway or 2000sqm across the front from Manning Street.

Additionally there are a variety of development options available for the properties, which are subject to Metropolitan Redevelopment Authority planning and development controls.

“With the completion of works by the MRA in Scarborough approaching, there is no better time to consider development in Scarborough,” Mr Wilkins says.

“The development potential is almost unlimited. The MRA zoning allows up to 18 storeys but other projects in the area highlight the possibilities.

“Just 50m to the south of the offered lots — and within the same MRA precinct — 3 Oceans has lodged a development application for a 42-level mixed-use project at the old Contacio site.” 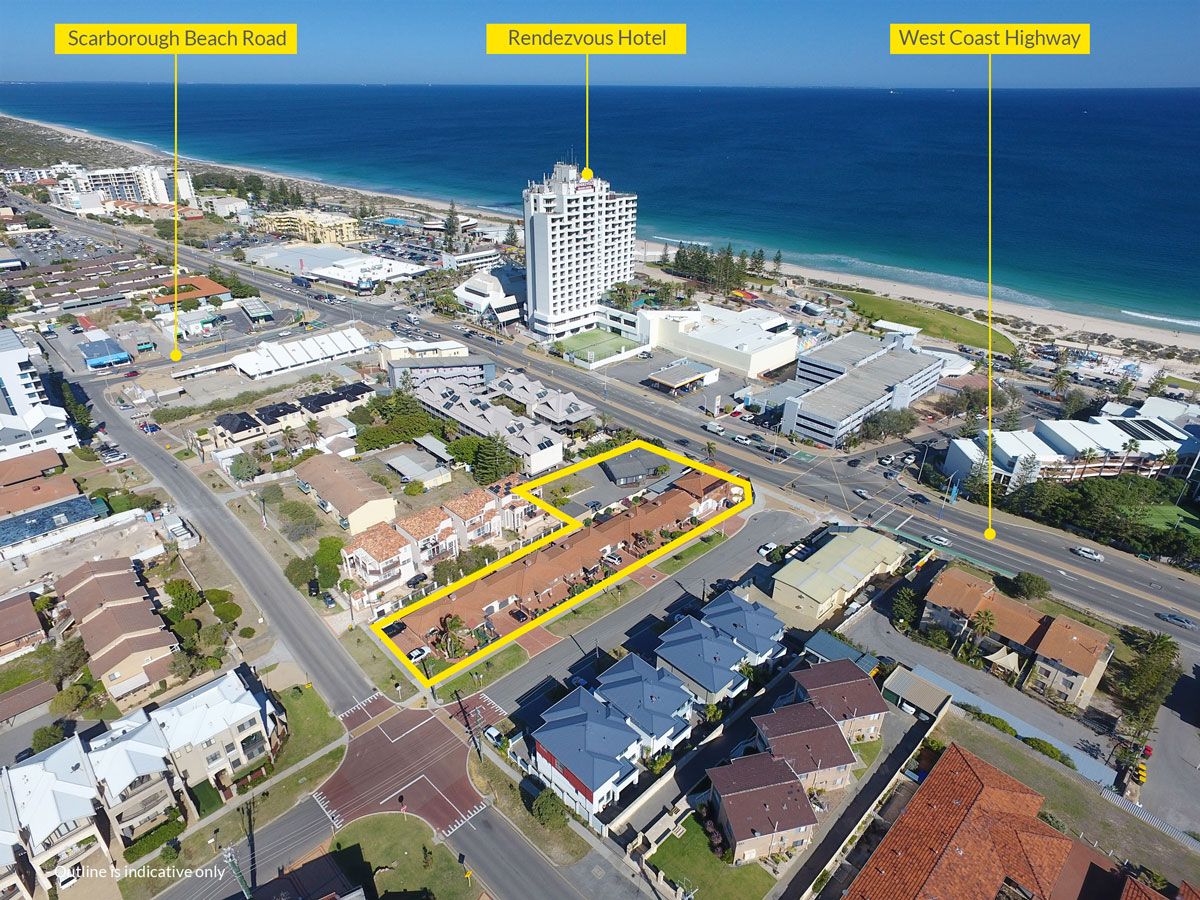 At 7-17 Manning Street, which also has frontage to Filburn Street, there are five two-bedroom villas and a three-bedroom townhouse.

All serve as short-stay accommodation.

Mr Wilkins says the 1988sqm Manning Street lot can be subdivided into two lots and the vendor is willing to keep ownership of half, subject to terms.

“Additionally the vendors are willing to offer the successful purchaser a one- to two-year leaseback,” he says.

“This would provide a new owner with an income stream while development plans are considered.

“If exercising the leaseback option, the purchaser can at any time give a three-month redevelopment notice and gain vacant possession.”