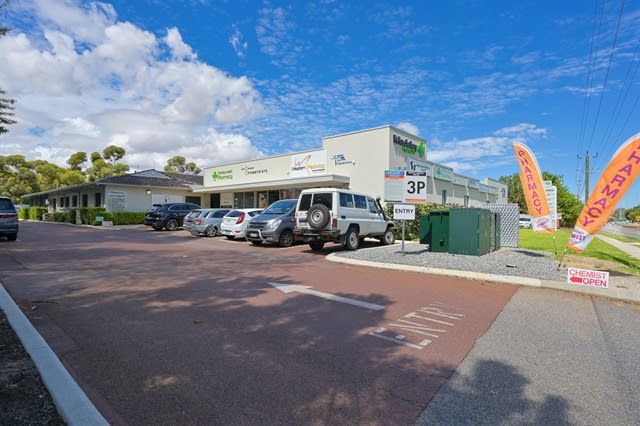 INVESTORS have an incredible opportunity to purchase a fully leased health centre in Perth as 210 Wanneroo Road in Madeley hits the market via expressions of interest.

The asset, that comes with 1,479sq m* building size and 4,289sq m* land area, is being offered at a time when medical/consulting opportunities are particularly sought-after.

The property is being marketed and sold by Ray White Commercial (WA) Property Advisor Brett Wilkins.

Mr Wilkins said there was no better real estate asset class in 2020 than medical and health and this particular opportunity really stood out from the crowd.

“Madeley Health is a long-established centre of around 40 years on Wanneroo Road with various tenants including a medical practice, pharmacy, optometrist, radiology centre, dentist, psychologist, and a physiotherapist,” he said.

“It provides a net income of $591,136.91* spread over seven tenancies, with a WALE of approximately 4.25 years, and all with solid fixed annual increases and all outgoings fully recovered.

“Madeley Health Centre is in the suburb of Madeley, just 15km* north of the Perth Central Business District.

“Madeley has a population of around 7,000 people and an average household size of approximately three people per house.

“Unemployment in Madeley is sitting at a relatively low rate of 6.2 per cent and housing being developed in the area is of good quality.

“The area has good access from major arterial routes including Wanneroo Road and Hepburn Avenue and it’s also close to the Kingsway City Shopping Center and Lake Goollelal.

“Any investor looking for an asset in the hottest and safest property asset class in Health should be looking no further than this one.”