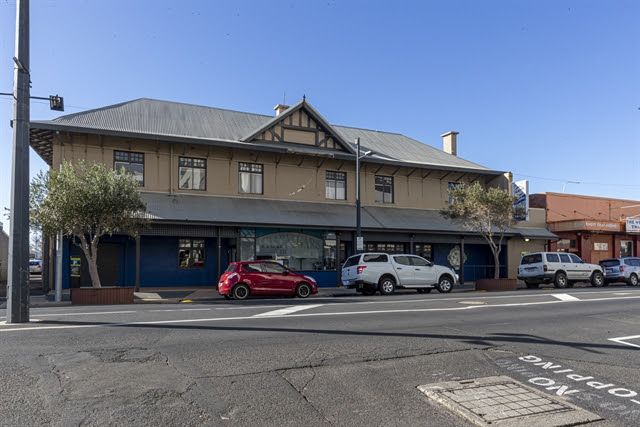 LOCAL Bunbury hotel and tourism operators Phillip and Mei Hooper of the South Pacific Union Group and owners of the Bunbury Hotel Koombana have purchased as vacant possession Trafalgars Hotel for $1.2 million at 36 Victoria Street.

The hotel, which was initially constructed in the mid-1800s with renovations and extensions being made since, came with an 841sq m* building size on a 1,356sq m* land area.

“The hotel has connections with some of Bunbury’s earliest residents and business people and has been an important social venue for several generations and contributes to the community’s sense of place,” Mr Hooper said. “Trafalgars Hotel, which has now been rebranded as The Wellington, is one of the oldest surviving buildings in Bunbury’s central business district and has been continuously operating as a hotel for over 150 years,” Mr Zoiti said.

“The property was being offered for sale for the first time in 22 years.

“It presented a rare opportunity to acquire a well-known food and beverage venue that received an extensive multi-million-dollar refurbishment/renovations of the ground floor completed back in circa 2013.” “The port city of Bunbury is the regional capital of the South West Region of WA. The upward economic trend for the Bunbury region is positive with confidence rising,” Mr Wilkins said.

“Whilst there was a temporary setback with COVID-19 back in March 2020 we have seen the industry stabilise with investor sentiment for regional pubs positive.

“Overall, enquiry levels for regional hotel and tourism assets have increased significantly in the past six months, with investors looking to buy in key regional areas.”